I grew up in the theme park state of Florida. So I have a high expectation for the term “theme park.” No, not the oversized county fairs that northerners call Six Flags. Real — come at 8a, leave at 11p, but not without a tan, a stomach ache and a parade — theme parks! So needless to say, when I realized that my move to CA subconsciously planted me 7mins away from Universal Studios Hollywood, it was on!

One of my besties and I had been having a rough month. We needed to erase our worries for one day and just be kids again. So on one hot summer day, we made the move. Let me start by saying that energy-wise, I am NOT a kid and it shows. So instead of racing out the door at 8a to be the first in the park (young Mani), we didn’t roll out the house until after 2:30p (full-time job Mani).

Helpful Tip: For all of you who live near a metro, use it! There’s a free shuttle that takes you up to the park and you save big on time (LA Traffic) and money (parking).

We started the day at Shrek 4D. As a huge fan of the Shrek series, I really enjoyed this ride… or show… or moving chair show? However, I can’t quite figure out what made it 4D (seemed pretty standard 3D to me).

Next stop: WaterWorld. Now, I’m usually very bored at the huge stadium-like shows at theme parks cause it’s where your parents made you go when they were tired  of walking around (young Mani) but WaterWorld was phenomenal! The stunts were crazy and the acting was actually really good (perks of being in LA I guess). People jet skiing from underwater and stuff… Other than getting a serious tan line from my shorts, WaterWorld was one of the best stops….

But at Chow Time, there’s only ONE thing I get when at theme parks. Anyone who knows me knows. When it’s time to eat, it’s time for the TURKEY LEG! We waited in a 45 minute line for that Turkey Leg but it was love at first bite! Even though I can usually only get through 30% before I’m full, our love is forever!

Alright… Let’s kick-start our post-Turkey Leg coma with the Studio Tour hosted by Jimmy Fallon. A behind the scenes look at the sets of box office hits. The tour takes you on the lot movies such as Jurassic Park, Jaws and most recently, the airplane scene in War of the Worlds (that cost some ridiculous amount of money to create).

By 7pm, we literally hadn’t been on one ride (by my standards) so we reached deep down, found our inner 11 year olds and #TurntUp!

Transformers: The Ride 3D – Amazing… the second time! First time… our car malfunctioned. We had no sound and it froze in the third to last scene (bet the mechanical King Kong from the 90s never froze). We (my crew and the crew behind us) came off irate! But Bobby (yes I made that up) gave us some code word that got us back in the front of the line. #SuperstarStatus

Then… Despicable Me Minion Mayhem. We tried to use our same code word from Transformers to skip to the front; however, they’re smarter than that… the word changes every couple hours and is different for every ride…BUSTED by Shad (yes, I made that up too). This ride… show… (I don’t know what these things are anymore)… was really for the kids. It was cute!

Finally, The Mummy! Now at 45 minutes before closing… we saw this ride… just sitting there… no line. Thought it was going to be one of those moving chair shows… No Sir! Full blown roller coaster! Caught us completely off-guard! And a fantastic way to end the night!

Pros: The Metro shuttle that takes you up to the park for free; The talking Transformers who entertain you before you head into the ride; Turkey Leg! 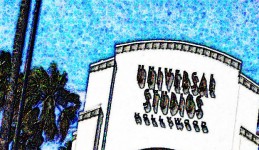 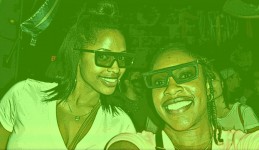 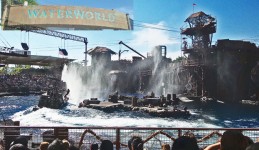 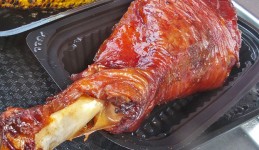 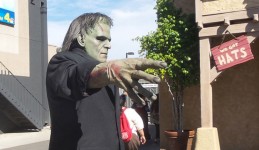 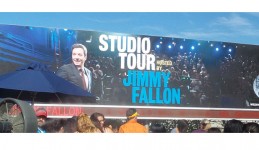 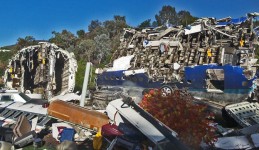 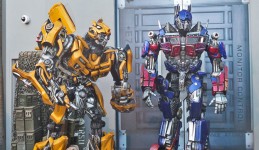 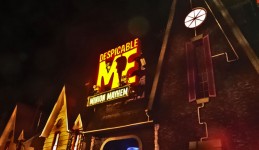