I was researching free summer events in Los Angeles and ‘Shakespeare in Griffith Park’ was at the top of the list. I’d never been a fan of Shakespeare in school because the old English was just too much for me (I was kinda lazy). But in my adult years, I’ve become much more opened-minded, so I was down to try it out!

That night, they actually didn’t perform a Shakespeare play but it was a play from that era. It was the story of a father who was looking to marry off his daughter to a well-known suitor who would turn into a nervous wreck when he was around women of status but would be Mr. cool when around maids. It was a comedy and surprisingly, I got many of the jokes.

The show was put on by the Independent Shakespeare Company. They put these shows on every summer. The actors wore traditional costumes and the set was simple, but for a free show, it was well-done.

In true LA form, as it got late, it got a little cold but we were prepared. Brought an extra blanket!

At the end, the actors and actresses invite you to donate to the theater company, which everyone should be cool with doing…

Cons: Loooong walk from the parking lot; Really dark as you’re leaving; If you’re bringing a blanket, come early to get in front of the lawn chair crew 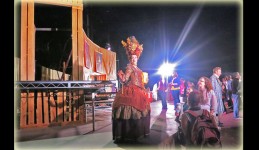 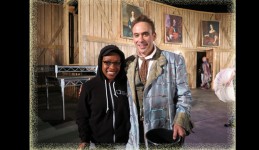 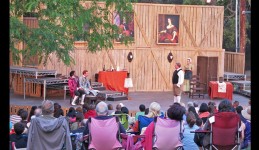 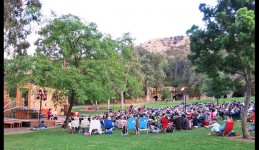 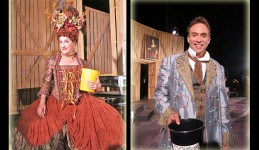