San Diego is one of the “staycation” destinations for folks in Los Angeles. It’s only about a 2h drive (with min traffic) which isn’t bad for a quick turnaround trip. I was registered for a social media conference in San Diego so decided to make a day of it. I got there with about two hours to spare so I decided to ride down Harbor Drive to find some grub and luckily, stumbled upon a cool little area called Seaport Village.

Right on the water, Seaport Village is a quaint area with boutique shops and restaurants. Definitely one of San Diego’s tourist destinations. I walked the boardwalk a bit only to notice that on the other end, about a 7 minute walk on the ocean, you run into the USS Midway Museum.

Spent some time taking pics of the the USS Midway 41, the “longest-serving Navy aircraft carrier of the 20th century,” the Bob Hope Memorial and the giant statue of a navy man kissing what looks like a nurse.

After I explored a little of the USS Midway Museum (didn’t have time to take a full tour of the inside of the ship), I headed back to Seaport Village for some food!

There was a lot to chose from in terms of food. A courtyard area with everything from Mexican to Italian. Seeing as though we were on the water, I settled on seafood… Marion’s Seafood. Pretty inexpensive place. Fish Tacos were OK. Not the best but did the job.

Pros: With a short walk on the boardwalk, you have access to Seaport Village shops and restaurants as well as USS Midway Museum.

Cons: Parking got really bad and was a bit of a circus; if you don’t get your parking ticket validated, parking is over $20 but there are no signs that tell you to validate 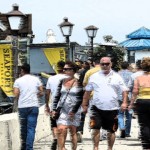 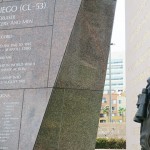 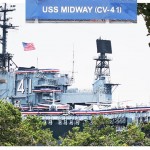 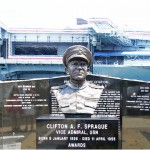 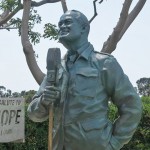 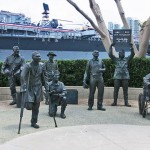 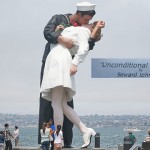