R Bar and the Steamed Buns

So I got a last minute invite to hit up R Bar in Korea Town on one random Tuesday night. Cool little spot. Kinda creepy-looking from the outside but nice ambiance once you’re in.

I mean… I wouldn’t go to R Bar hungry unless you have tried and you know that you like Steamed Buns (checkout the pic). “Why,” you ask? Well… Being the adventurer that I am, I decided to try steamed buns (more curios than hungry). With help from the bartender, I decided on the Dweji Bun! I keep trying to think of a politically correct way to describe the taste but CARDBOARD is all I can come up with! Lol. The BBQ pork in the middle was good (I ‘heart’ Korean BBQ) but honestly, I couldn’t get past the taste of the buns.

Anyway, as for the rest of the evening, apparently on Tuesday nights there’s a comedy show. The lineup was real people telling real jokes. We heard from a teacher, TV host, etc. People with hilarious day jobs. I wasn’t exactly “slapping my knee” but I have to admit, I was entertained.

Pros: Comics were funny (except for the host, go figure); Bartender was great (although she lied to me about those steamed buns); Happy Hour untill 9p. Even after, drinks aren’t ridiculously priced…

Cons: Steamed buns taste like recycled paper; Parking was atrocious (on a Tuesday night); Not many places to sit, if you want to see the comics. 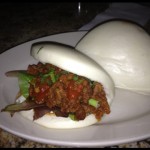 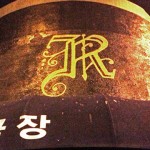 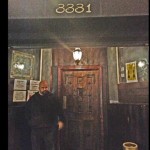 Creepy looking from the outside 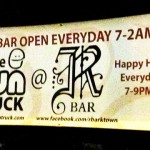