Have to be honest, the actual show was not all that exciting. Only one performance from Gladys Knight. The rest of the show was predictable award presentations. They’ve got to do better next year!

But the experience, was GREAT! We sat right behind where all the celebs were sitting and had a fun game of name that celebrity! Well, many were D-list celebs whose names I didn’t know so it was more like… “Hey, that’s the guy from that show…” Lol. It was great to be in the presence of so many successful African Americans in the industry. Plus… I  got to see a whole lotta Kerry Washington (she’s my girl-crush)!!!

After the show, we were invited to the post-gala. Odd choice for live entertainment but like I said, NAACP has got to do better next year. But, the celeb sightings (and open bar) were totally worth it. Sat at a table next to Lance Gross, shared a dance floor with Quvenzhané Wallis, stalked Shanola Hampton (Shameless).

This was actually my second time attending the awards. Last year, we purchased tickets from Ticketmaster. Seats were waaay up in the balcony, but if you want to experience the show, it’s an option!

Pros: Mashed sweet potatoes and open bar at the post-gala; Kem performance at the after-after party;

Cons: The Awards Show and lack of performances; Live entertainment at post-gala; 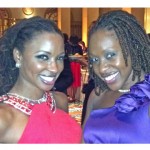 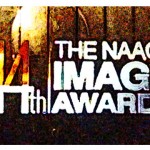 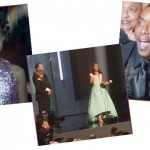