Well, I’ve now officially experienced my first wine festival and guess what !?! I didn’t even leave drunk! Whaaat !?! Had a designated driver and all and well… let me just tell you about it!

LA Wine Fest is an annual event that brings together wineries from all over CA for a day of wine tasting.  Little did I know, the festival also brings together cigar shops, organic olive oil makers (??), chocolate factories, pasta sauces… So much more than wine!

There was a nice variety of wineries present, even though it took us a while to find them. The more commercial wine companies (Cupcake) and beer companies (Stella Artios) had the larger displays, at the front. The smaller more expensive wineries, you know, the ones I can’t spell or pronounce, they were a little further in the back and harder to find.

We were given our very own wine glass when we arrived. The idea was to take your glass around to the different booths to try their wines. As a gin and ginger ale connoisseur, I don’t know much about wine and unfortunately, I wasn’t going to learn at the LA Wine Fest.

There were so many people holding their wine glasses out trying to get a little of whatever was being poured, the vendors didn’t have a chance to discuss their wine options or pairings. And I don’t blame those people because for the $52.50 we paid to get in (thanks TravelZoo), I was right along with them!

Pros: OK number of wineries to try and taste; food trucks; wineries aren’t allowed to sell at their booths so it takes the pressure off of buying on the spot.

Cons: The festival itself seemed to be getting a little away from the wine and more into other stuff (i.e. Pasta Sauce and Olive Oil); Crowd of people made it difficult to learn about the wines 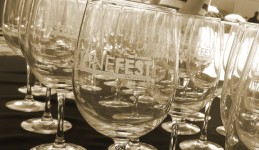 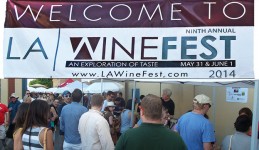 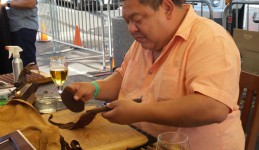 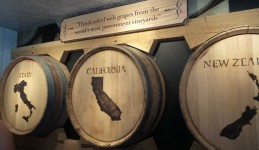 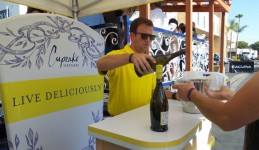 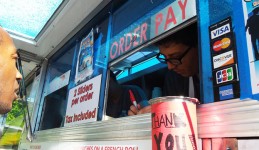 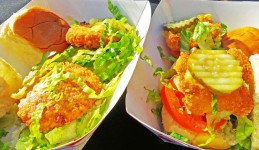