One of my favorite times of the year… Fair season! Right at that end-of-summer/beginning of fall time-frame the County Fairs come out to play.

Going to the Los Angeles County Fair has become somewhat of a tradition. I mean… I’ve only been in LA for two years but I’ve been to the fair both years.

Growing up in Miami, the county fair was a big deal. We waited all year to go once, with the school – field trip! Twice, with your friends. And twice, with your family. As a kid, the fair was about winning big-ass stuffed animals that were going to collect dust and going on those sketchy, a screw might fall off, fair rides until you felt nauseous.

And good thing because the rides cost way too many tickets. Check this: For $25 we got 25 tickets… good deal? No! The average ride was 12 tickets! That’s two lousy rides!

This year, LACF gave tribute to the Asian community with the Asian Festival. This strip of vendors, stages, food was all Asian-inspired. Samples of Boba tea, Japanese cappuccino, Japanese soda water (ew!) and a bunch of other stuff. They were selling really cool hats for like $6 and had a couple of traditional performances.

Of course, there’s always a deal on Groupon for the fair. Two admission tickets and a parking pass for half the price.

Cons: Rides have become way too expensive (avg. of 12 tickets/ride). 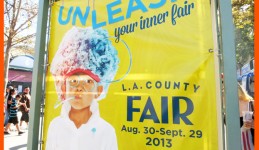 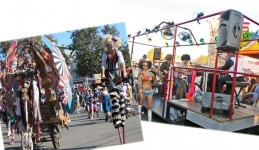 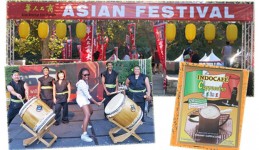 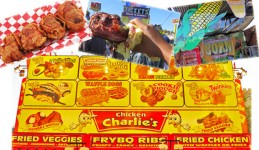