One of Miami’s largest annual events, especially for the African American community, is the Annual Jazz in the Gardens Music Festival held in the parking lot of Sun Life Stadium (where the Miami Dolphins play).  Every year, thousands (like 40,000+) come out for this two-day event.

The day starts at like 4p and goes well into the night. As the sun goes down, the more popular talent come up.  For example, this year, a local artist named Maria Zouroudis performed at 4p (who?). It wasn’t until 6-ish that Fantasia came on and the closing act, New Edition, didn’t come on until after 11p.

We had tickets to the Saturday line-up but didn’t get there until after 9p so we missed all the beginning acts. We got there right at the beginning of Uncle Charlie (better known as Charlie Wilson). We had the $60.00 general admission tickets, which meant, BYOS (bring your own seat). This also meant, get there early or sit in the back… and that, we did. We sat so far back that our screens had screens. In our lawn chairs, we never saw the stage, but the sound was great!

Good news is, after Uncle Charlie went off, the folks who’d been there since 4p, left and made room for us to scooch our way to the front, just in time for New Addition. Sad part was, the bar had shut down by then so we had to endure Bobby Brown sober. They put on a good show though! Even got to see Bobby’s half-breed son come out on stage. Overall, we had a good time!

Pros: Get to see some of your favorite acts in one place (full-sets); festival food; as their is a lot of idle time in between acts, it’s a nice hang out for friends and family

Cons: this year was sooo cold and therefore slightly uncomfortable (bring blankets); the back is too far back from the stage (or any screens)… Add more screens (or maybe i should just buy the VIP tix next time).

Checkout some of the pics from the two-day event courtesy of Khary Bruyning, Rainforest Media: 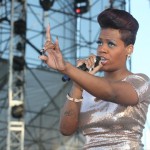 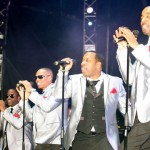 New Edition (minus Bobby Brown who came out later) 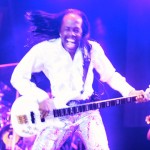 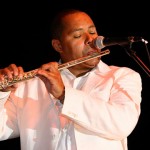 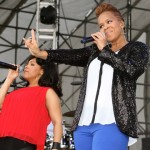 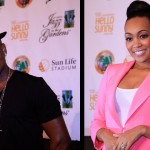 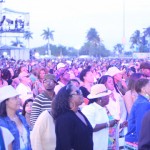