A CrazySexyCool Halloween in WeHo with TLC

I’m going to let my pictures truly speak for the kind of fun we had walking down Santa Monica for the annual City of West Hollywood Halloween Carnaval. The scary. The sexy. The fun. The fabulous. All showed up for this annual event, rated in many travel magazines as one of the top Halloween festivals in the U.S.

Every year, 40 – 50,000 people head out to walk the streets of WeHo in the most creative Halloween costumes I’ve ever seen. This was our 2nd year attending with group costumes. Last year, we went as the Blue Man Group, which was a hit! People absolutely loved it! So to try and top that, this year, we decided to dress as Left Eye, Chilli and T-Boz from TLC’s “What About Your Friends” era!

To add a little spice to our awesome bright-colored pants, condom-filled suspenders and air-brushed T’s, we borrowed a red Radio Flyer wagon and an old school boom box and blasted the hits from TLC throughout the streets!

What we didn’t know was how many people LOVED TLC! You would’ve thought we were actually Lisa, Rozonda and Tionne the way people reacted. I think it had a lot to do with CrazySexyCool: The TLC Story on VH1 that was recently released, but either way, It was awesome! Hundreds of people stopped to take pictures, we had at least 10 twerk sessions in which people stopped to sing and dance along to TLC’s #1 Hits such as No Scrubs and Creep.

We also worked with WeHo Life, an entity of the LA Gay and Lesbian Center to pass out over 1,000 condoms to promote safe sex, as TLC would’ve done in their early years! Mixing some community work in with our fun!

Pros: Various stages with various artists (WeHo puts on a full production) ; The creativity of the costumes; the energy of the people 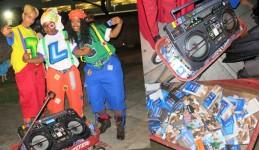 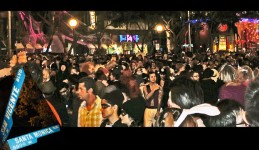 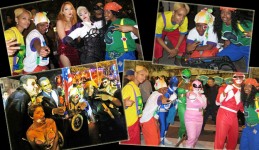 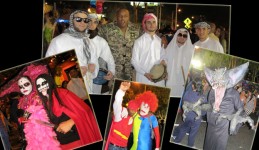 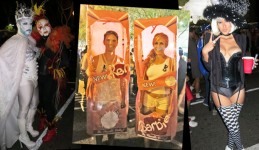 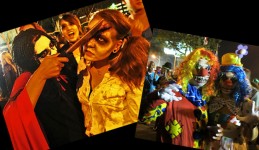