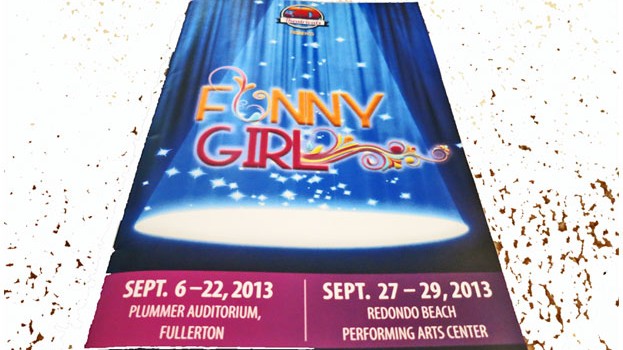 SoCal residents got a treat when 1964 Broadway production of ‘Funny Girl’ stopped by the Redondo Beach Performing Arts Center. Production was presented by 3D Theatricals.

Honestly, Rachel Berry’s rendition of ‘Don’t Rain on My Parade’ on Glee is what brought ‘Funny Girl’ back to light for me. So I was excited to see Living Social offering 50% off tickets.

There’s a reason ‘Funny Girl’ is one of the most well-known Broadway productions in the last 50 years. The music, the performers, the comedy… Splendid! Not to mention the intriguing story of Fanny Brice (Funny Girl is based on a true story).

The Plot: Fanny Brice is a comedian/showgirl who’s looking to be discovered. She makes it to one of the top theater companies. Gets a gorgeous playboy husband. Runs him away unintentionally. And no matter what, doesn’t let anyone rain on her parade.

The lead, Nicole Parker, did a superb job portraying Fanny Brice. So believable with her facial expressions and gestures.

The entire audience was probably around when the original broadcast came out. In fact, I’m sure of it because one of the original Broadway cast members was there (they introduced him). We definitely stood out seeing as though we could’ve been the grandkids of almost all of the attendees. #NoShade :)

Redondo Beach is about an hour drive so since we rarely get over that way, we decided to make a day of it including brunch at Ocean View Café  in Manhattan Beach before the show and a little shopping after.

Pros: Easy to park and secret exit opposite the crowd (go to the left). Well-done production.

Cons: The darkest theater I’ve ever been in (couldn’t see your hand in front of you) a little scary. 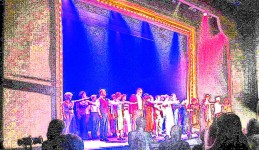 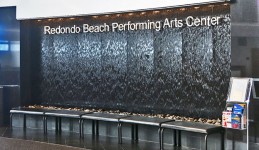 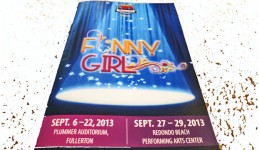