Eat See Here  is a part of the LA Movies in the Park series that happens every summer. There are about 10 major locations where you can lay out the blanket and experience classic movies under the stars.

Presented by Showtime, Eat See Here brings together food trucks, live music and a classic blockbuster film for a night fit for families (depending on the movie), couples and friends.

Eddie Murphy’s classic comedy, “Coming to America,” was the motivation behind checking out Eat See Here this particular Saturday night. I have seen that movie at least 75 times but seeing it in the outdoor amphitheater at Santa Monica High was like watching it for the first time again.

What I didn’t know, unlike other outdoor movie events, was that alcohol wasn’t allowed inside the event (something about it being a high school). Only thing I’m going to say to that is… rules are meant to be broken…

The food truck options were somewhat diverse but also very limited at the same time. There was a cupcake truck called Red Velvet that crowned you and played the “royal trumpet” when you bought a half dozen cupcakes. There was also the Japanese, mac & cheese, “soul food” and a chicken and waffles trucks… that’s pretty much the extent of it.

The live band was… interesting. I don’t think I ever heard their name nor do I know the genre of music but it was nice background music as we ate, talked and chilled before movie time.

“Coming to America” was hilarious, as expected. It got a little chilly towards the end of the night but we had enough blankets, cover-ups and libation to go around. ;)

Pros: No lines or wait; plenty of space if you get there on time; food truck availability

Cons: Bring cushions because your ass will start to hurt an hour into the movie on those steps; No Alcohol (technically, but there are ways around that); the wait for food at the food trucks was ridiculous 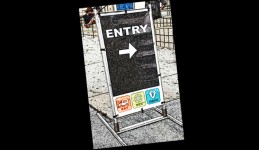 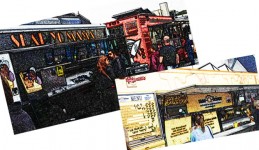 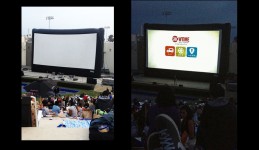 From day to night 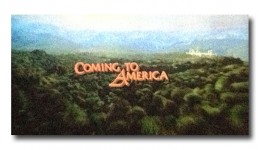 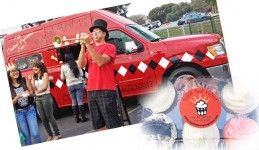