… has become an overnight sensation. I discovered his mixtape, Coloring Book, in the ‘New Music’ section on Apple Music back in June and haven’t looked back since.

Here’s the thing about Chance. He’s an educated rapper from a working class family in Chicago with a church upbringing. As a result, he raps about his life, his decisions, God, his family oh and every now and then, smoking weed. He sings and he raps on his songs. Has great lyrics and even better melodies all with some kind of Gospel or R&B feel.

Matter-of-fact, Chance might be the ONLY mainstream rapper I’ve ever seen make an entire crowd of high, underage kids singing:

Luckily for me, we found seats in the balcony of the (GA-only) Bill Graham Civic Auditorium. We had a clear shot of Chance on stage and thousands of Chance fans who chose to crowd on the floor for a chance to sing-a-long. His fans LOVE him… Chance, humbly, loves his fans… which made this concert, by far, one of the most high-energy events I’ve ever been to!

Cons: It was HOT in there! I’m so glad I wore a tank top under my sweater. 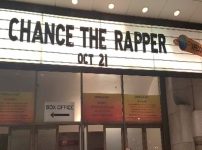 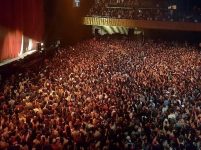 The Crowd was Crazy! 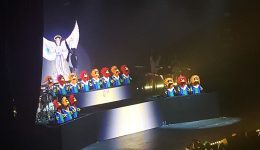 He had a puppet choir… 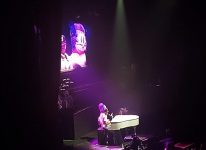 Puppets sang along with Chance the entire show. 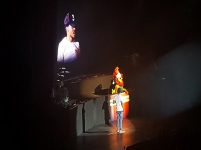 “You Got Zero Problems Big Fella”