My first trip to Cancun ruined all stereotypes I had because it is honestly a destination for anyone who enjoys the beach. They’ve got tourism down! Waterparks for kids, adventure tours for explorers, honeymoon suites for lovers, shopping malls for shopaholics and clubs for the youngins.

I got a great deal on my flight, thanks to my little cousin, so there was no reason NOT to spend 4 days/3 nights in Cancun… Even if it meant going SOLO because just 6h after leaving LA, I was in paradise!

Worked with Priceline to get me a deal for the Royal Islander Private Club (which becomes public and affordable when they have rooms available). Massive resort with two main buildings. Huge rooms. Convenience store. Private beach and activity rentals. Two pools. Multiple restaurants. And just a short walk from the public bus station. 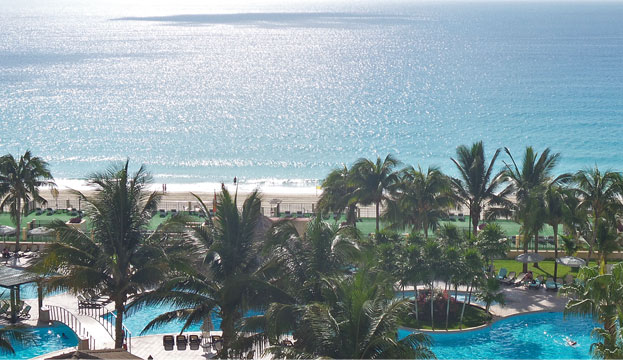 View from my room

Seeing as though I planned this trip 1 week before I actually left, on the first day, I just took it all in. I was on a real vacation. No where I had to be. No one I had to see. It was great! Went down to the private beach. Bought some local snacks from the on-site convenience store. Just hung out for hours. Meeting tons of random people on the way. That’s the thing about traveling by yourself, people gravitate towards you and start conversations. 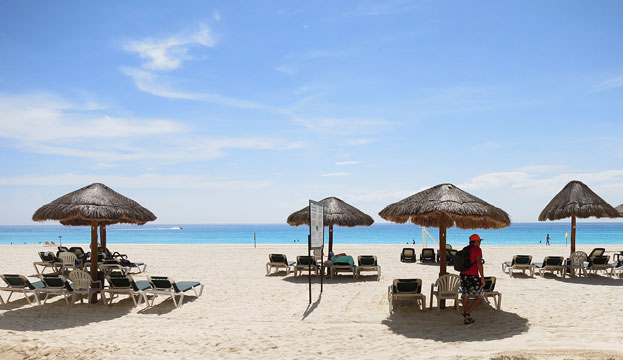 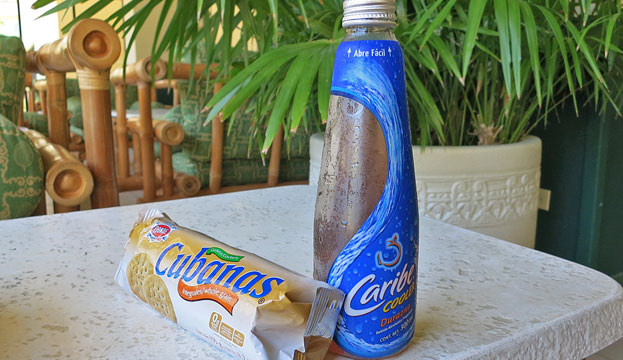 Once I was fully settled in, I decided to explore a bit. Being the daredevil that I am, I hopped on the R-2 (local bus) to see what was happening beyond the walls of my resort. I was pleased to find quite a bit to do and all on the same strip so it was practically impossible to get lost. I must admit though, after having spent the afternoon haggling for souvenirs and eating a filling traditional lunch at Mextreme, I mistakenly got off the bus waaaaaaaaay before my stop. I had spent all my Mexican pesos and  got a little carried away with confidence that I knew where I was going! So I had to walk… Picture this black girl walking down the main highway with a hand-made hammock on her shoulder for 2 miles.  Hot mess! 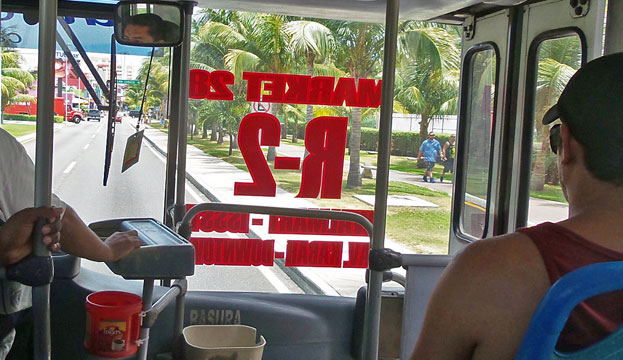 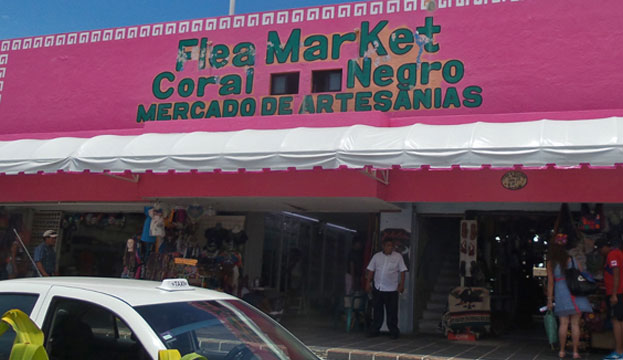 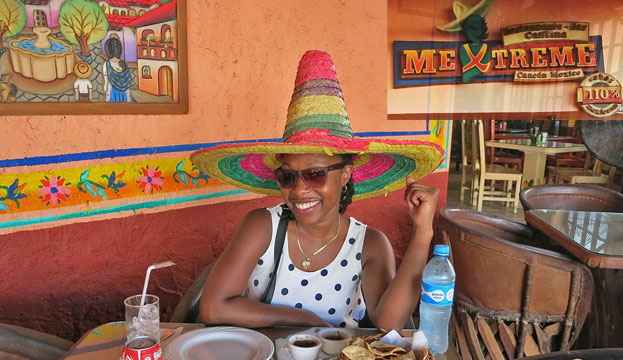 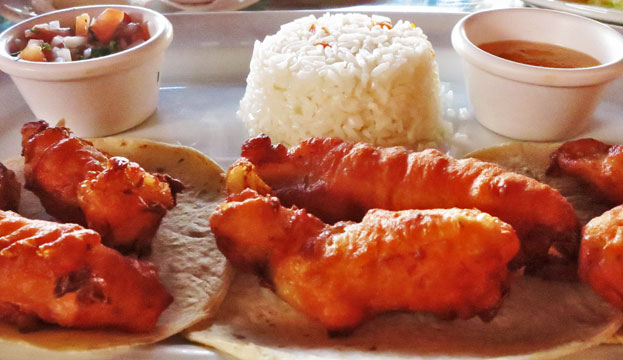 My most eventful day by far. I had  purchased a tour from a sales rep the day before for what she said was the “best tour in Cancun!” Ok! So there I was, headed on an all-day Chichen Itza tour. I had no idea what to expect, not even the 3h drive to and from, but it was still a great time.

We started at the Ik Kil Cenote (or a water hole) which we could hike down and jump in. The water was ice cold but quite refreshing after the long drive. The hike through the cave was also a pretty awesome experience. And on the way out, I received my own bottle of Ik Kil Cenote Liqueur… seriously, it actually has my face on it. Tastes a lot like licorice! 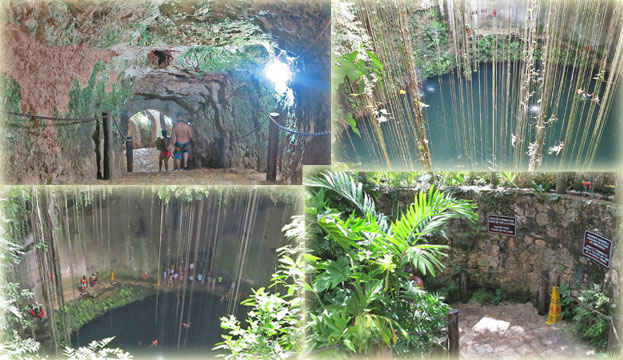 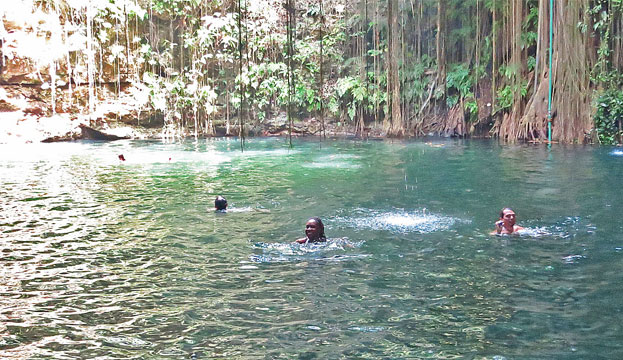 Swimming in the Ik Kil Cenote 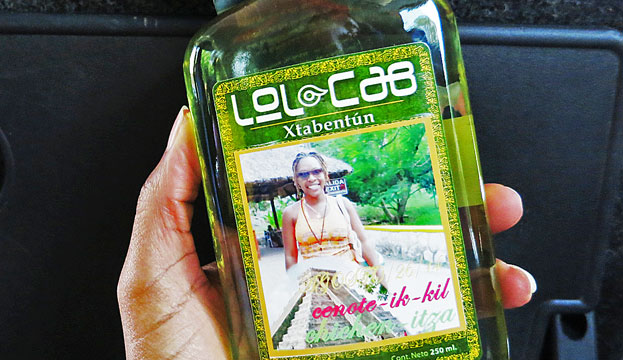 We then stopped for a buffet lunch and shopping. Really just a way to break up the long drive but it was entertaining, nonetheless. I watched a man hand making a hammock, bought my mom some kick-ass earrings and met the jungle boy… I guess that’s what he was! 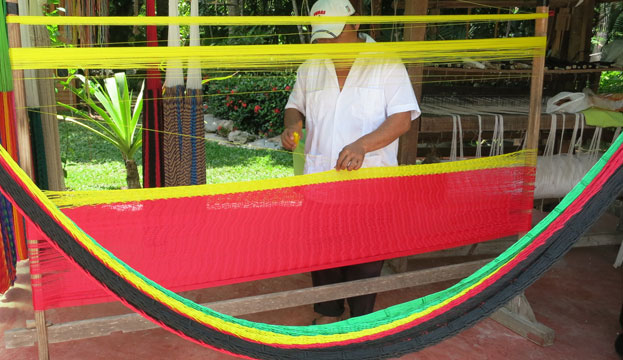 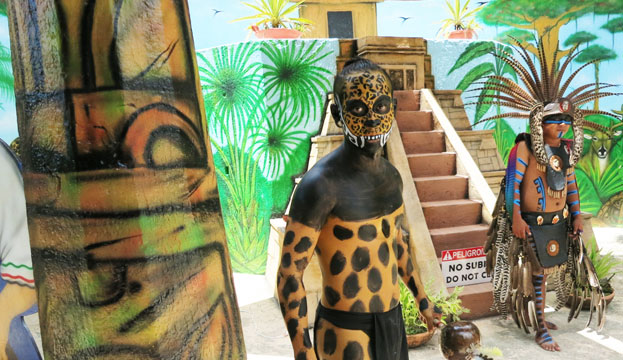 [YOU CAPTION THIS ONE]

Then the famous Chichen Itza ruins. Where the Mayan people traveled 14 miles each way to bring the stones that built this pyramid. We had a tour guide tell us all kinds of stories about the Mayan people. How they sacrificed heads for God and played sports where the coach of the loosing team lost his head… There was alot about beheading (or maybe that’s all I remember). But overall, a great moment in history. 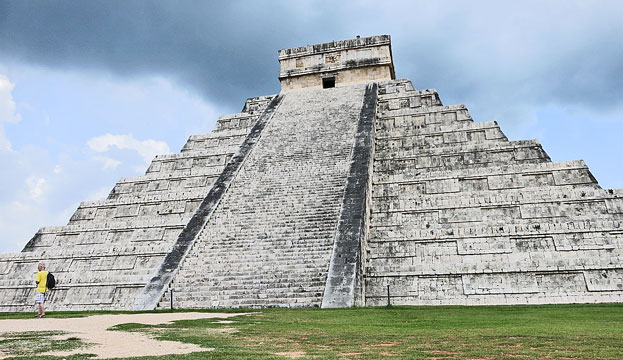 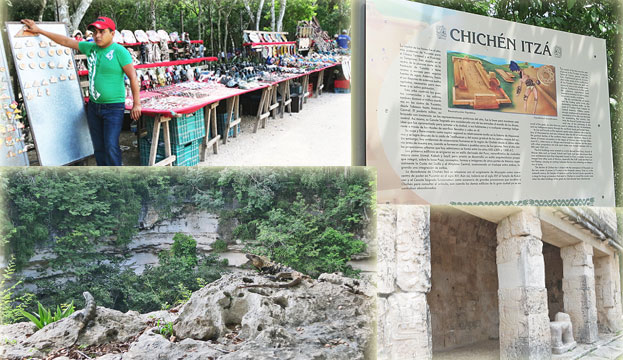 With one night left, I had to see what the nightlife was about. So I channeled my inner college student and hit the streets (on the R-2)! Lol. By this time, my little cousin had joined me for one night only so I felt comfortable going out. They must’ve thought he was a basketball player or rapper cause people kept asking to get us in clubs and then asking to take our picture. #SuperstarStatus! 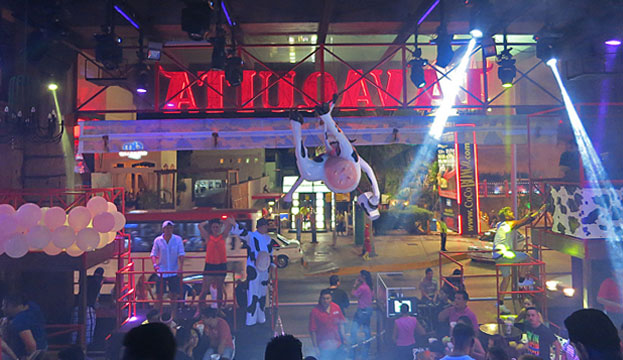 Oh… This might be too much information but the myths are true… I got the worst case of Montezuma’s Revenge when I got back! I mean like… emergency room bad! I’m convinced it was my last margarita before I left for the airport but only Montezuma knows so don’t drink the water or ice. Don’t even brush your teeth! Lol